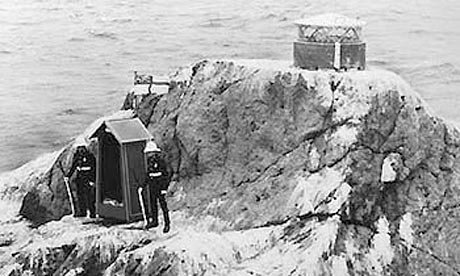 Rockall is a tiny islet in the North Atlantic, 270 miles off mainland Ireland.

In 1955 Rockall was annexed by the British who feared the Soviet Union would use the islet to install surveillance instruments. Rockall was situated within the radio-electrical range of a test site for Britain’s first nuclear missile.

At a cabinet meeting, then defence minister Harold Macmillan and Prime Minister Anthony Eden decided to send a “naval party to proclaim British sovereignty over the island in accordance with Queen’s instructions”. A request was sent to the Admiralty to seize the island and declare British sovereignty to ensure it would not become an outpost for foreign observers.

Queen Elizabeth authorised the annexation. Her instructions were: 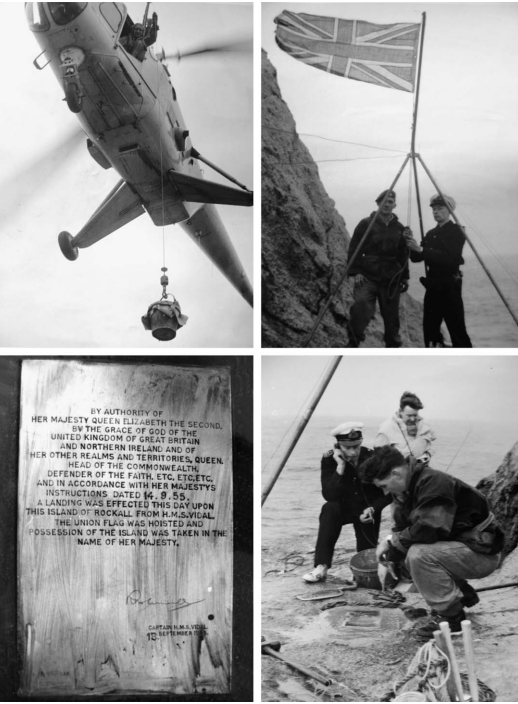 Brits hoisting the Union flag on the 18th September 1955.

HMS Vidal, named after the man who first charted Rockall, was sent to the islet. On the morning of the 18th September Rockall was officially annexed by the British. With the Admiralty announcing it on the 21st September.

In 1974 the British sent another expedition to the islet via HMS Tartar. A sentry box was constructed on Hall’s Ledge (the flat part of the rock). Two marines in full ceremonial uniform were then placed alongside. This very uniquely British bit of pageantry was photographed in full. However it wasn’t until 1985 that the photo was published as a reminder that Rockall belongs to Britain.

One thought on “British pageantry on Rockall”