Starvation was a conscious resource for Britain’s colonial projects. It is still being used as a weapon today. Over half of Yemen’s population, 28 million people, are short of food. All the while Britain ‘advises’ it’s junior partner, the Saudis, where their airstrikes should hit. It comes as little surprise that the agricultural industry in Yemen is being deliberately targeted.

Let’s take a look at Britain’s long history of starving people to death in the name of it’s Empire:

The ‘famine’ of 1845-52 in Ireland was no more a natural disaster than the famines in Africa today. It was a man made instrument of war and conquest. Over a million Irish people died of starvation while enjoying the benefits of British rule. A million and a half more left Ireland, many on ‘coffin ships’. 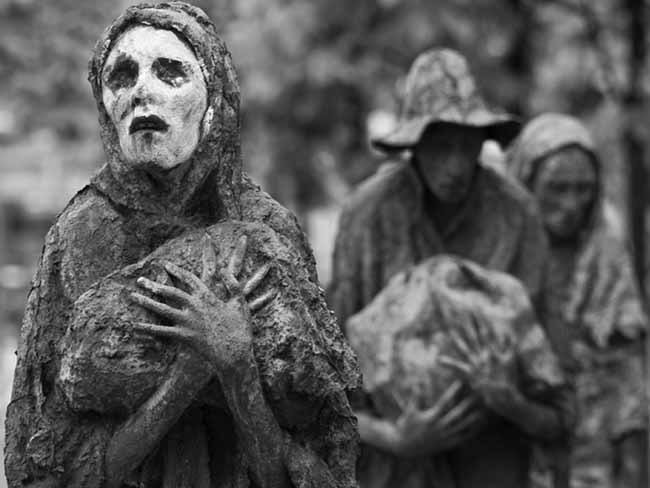 During ‘Black 47’, the worst year of the so-called famine, almost 4000 vessels left Ireland carrying food to the ports of Bristol, Glasgow, Liverpool and London, to feed English people. If we take butter alone, over 800,000 gallons was exported from Ireland at gunpoint – the English couldn’t be left without butter while the Irish were being exterminated by starvation.

Before the genocide the population of Ireland stood at over eight million. One hundred and fifty years later and the population has never reached that figure.

Mass starvation was a regular feature of life in India under British rule. The last ‘famine’ that was inflicted on India was in 1943 when over four million people died in Bengal. The British Army took millions of tons of rice from starving people. Even when other nations tried to send aid to the people of Bengal, Winston Churchill refused the offers.

The major famines that occurred in India under British rule:

The British ran what they termed ‘relief works’ during some of the famines. Indians were worked to death.

During the Bihar famine it was declared that the relief given to the starving was too generous, and thus decided that future relief was to be ‘thrift’. Lord Salisbury was convinced by senior civil servants that it was “a mistake to spend so much money to save a lot of black fellows”. [i]

One of the methods the British devised for starving Indians who wanted to get relief was the ‘distance test’. They would be made to walk over ten miles to and from the relief works. Less food was given at these slave labour camps than at the Nazi concentration camp Buchenwald. The annual death rate in 1877 was 94%. [ii]

Britain’s imperial project in India, its aims and methods, was not to prevent ‘famines’ but to engineer them.

During the so-called ‘Malayan Emergency’ of 1948-1960 the British introduced a ‘food denial’ programmed called Operation Starvation. Its aim was to starve out those who were resisting Britain’s looting of the country. Its methods included ration reduction, punching of canned food at the time of purchase and the forbidding of meals at work areas.

As part of Operation Starvation the British sprayed Agent Orange on food crops. The United States took inspiration from this tactic to use in Vietnam.

Hundreds of thousands were also swept into camps by the British where they were subject to curfews and made to labour on the plantations. Any minor infraction would be punished, often with food reduction.

The British armed and supplied Nigeria with mercenaries during the Biafran war of 1967-70 all in the name of protecting corporate oil. When it looked like Nigeria got the upper hand Britain increased the supply of arms and ammunition. 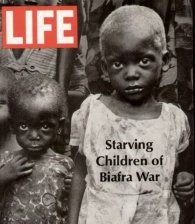 Britain’s greed to secure cheap oil saw them support a blockade against Biafra which resulted in countless people starving to death.

Britain’s Commonwealth Minister George Thomas stated in 1967 that the “sole immediate British interest in Nigeria is that the Nigerian economy should be brought back to a condition in which our substantial trade and investment in the country can be further developed, and particularly so we can regain access to important oil installations”. [iii] 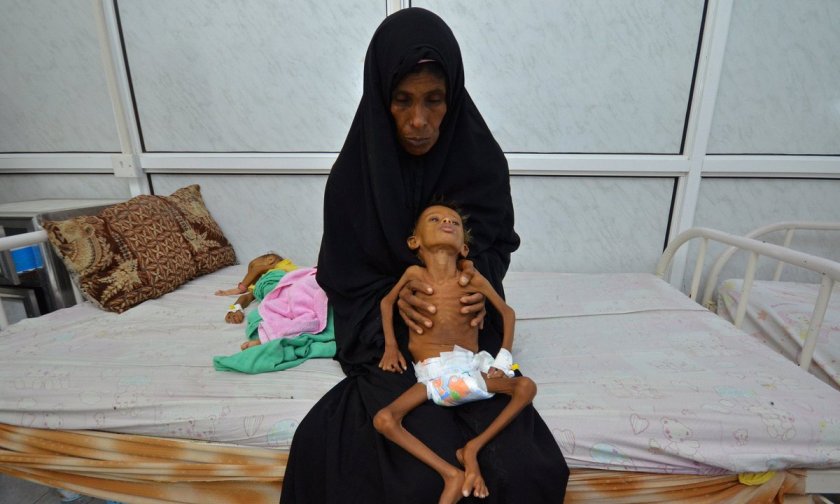 Over half of Yemen’s twenty-eight million people are short of food while Britain’s junior partner, Saudi Arabia, bombs them from the skies. The British are in what is referred to as the “command room”, advising the Saudis where they should strike. [iv] It comes as little surprise that Yemen’s farms and agricultural industry is being targeted. Yemenis are now starving because of this very British tactic.

[iii] Quoted in the Independent Newspaper, 2004.

3 thoughts on “Starvation is an imperial resource for Britain”