Not soon after the Soviet invasion of Afghanistan in 1979 the British government was discussing how they could get funds and military support to the ‘Islamic resistance’.

In 1981 Margaret Thatcher travelled to the Pakistan/Afghanistan border and addressed the Mujahideen. She told them “the hearts of the free world are with you” and that “we in Britain will continue to help you in every way we can”. 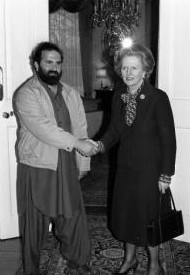 Thatcher meeting with Mujahideen member Abdul Haq in 1986 in London

Abdul Haq was welcomed to Britain by Thatcher in 1986. Haq had ordered a bombing in Kabul which killed 28 people, most of them students. Thatcher also invited Gulbuddin Hekmatyar to London the same year and hailed him a “freedom fighter”. Hekmatyar gained status after throwing acid in a woman’s face.

Thatcher’s collusion with the Mujahideen was extensive. It highlights the hypocrisy of the British regime. She talked of the right for people to fight against a foreign invader whilst she waged war against the people of Ireland who were resisting British occupation. Not to mention how the Mujahideen she backed morphed into the bogeymen of today. 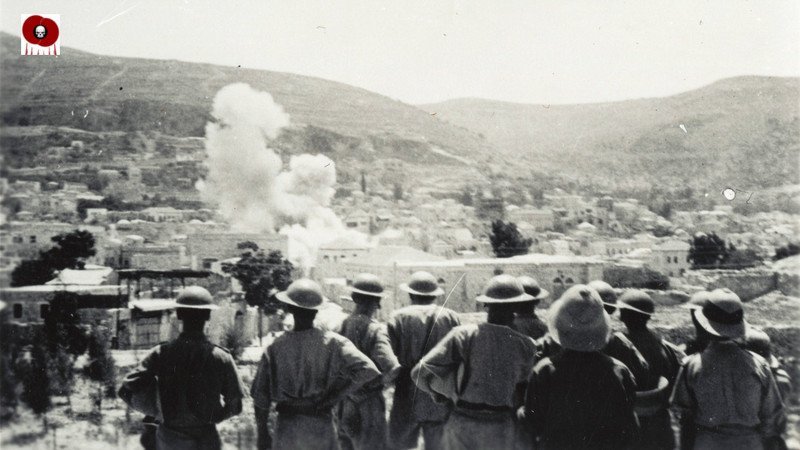 Throughout the Arab uprising of 1936-39 the British used collective punishment against the Palestinian people. The destruction of property was central to British military repression in Palestine, such tactics are today used by the colonial settler state that the British paved the way for.

The largest act of destruction came on the 16th June 1936 in the city of Jaffa. 240 buildings were blown up and 6,000 Palestinians made homeless, most left with nothing but the clothes on their back. The British air-dropped leaflets on the morning on the 16th and people were told to vacate the same day.

One quarter of the town of Jenin was blown up by the British on the 28th August 1938. The village of Mi’ar on the 26th October 1938 was also dynamited, reduced to mere mangled masonry. Mi’ar no longer exists thanks to the British who laid the foundations for the ethnic cleansing of Palestine in 1948.

British troops even went to the length of forcing Palestinians to demolish their own homes. In the village of Bani Na’im locals were made to carry 200lbs of explosives to the building for its demolition. They then had to watch the explosion as a deterrent measure.

Britain was the author, architect & butcher in Palestine. The colonial settler state of ‘Israel’ has learned from what it was spawned from, British foreign policy.